Here is a note from a recent sermon SubscribeLive Stream

LET THE REDEEMED OF THE LORD SAY SO!!!

You are a son/daughter of the Most High God, the only true and living God. You have been born of incorruptible seed. You will live and abide forever in the presence of your Father God. You have been given authority, as His child and representative on the earth, to enforce His power and authority over every situation you face. He never sees you as a victim, He sees you as the victorious, overcoming child He created you to be. His Word, in your mouth, will change anything you are facing. He will come to your aid and will perfect that which concerns you, as you speak His Word. He will never leave you or forsake you, He is ever mindful of you. You are only defeated when you listen to and believe the lies of your accuser—the adversary. He has not only defeated and stripped the adversary of his power over you, He has also made a public spectacle of him in the heavenly realm. All the unseen realm knows he is powerless and defeated. His only weapon, to use against you, is his deceitful words and the influence of those words. If you will reject them, as the lies that they are, and only speak your Father’s words, you can overcome every hindrance the enemy has put on you. Rise up, child of the Most High, your Father and His Heavenly host will back you today. Speak into the earth, the authority, and will of heaven. His will, for your victory, will never change. You are above, not beneath. You are the head, not the tail. Be who you truly are today, not what the enemy has told you you are. He is a liar, and Your God is the God of Truth!

Jesus is counting on us to help restore what has been stolen from this generation——our identity of who we are IN HIM!! 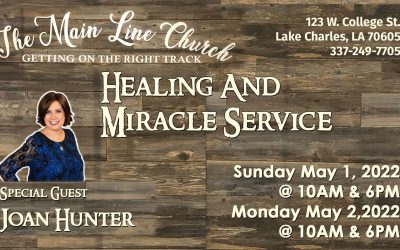 Joan Hunter is coming back to The Main Line Church:) 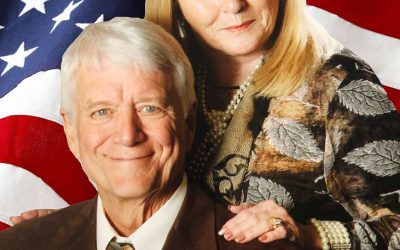